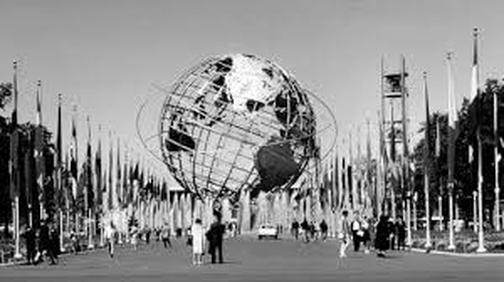 For my World's Fair exhibition, ​I learned about the history of San Francisco and how the city was created. My group and I did research on the early history of San Francisco so that we could have convincing reasons for someone to visit our country. The main goal of our project was to write an essay that describes the country we chose, and create an invention from that country. During my research, I found that San Francisco was claimed by the Spanish, Mexico, and then the U.S. Some inventions that were created in San Francisco are: the Golden Gate Bridge, Tower of Jewels, jukebox, and denim jeans.


Out of some of the inventions we researched, my group agreed to recreate the jukebox. We chose this item because it was unique, interesting, and my group wanted to try building an item that would interest people and want to inspire them to join our country. I am glad that we recreated this item because it was a big hit in San Francisco at the time and the guests seemed to like the idea of a jukebox. We brought fortune cookies to our booth because they were made in Chinatown, in San Francisco. The guests really enjoyed the snacks but they were confused since the origins of the fortune cookies were a bit unknown so we explained it to them.


Our prototype process went really well. The prototype looked presentable and it​ had speakers with a record inside. We received helpful critique on our prototype so that we could make necessary changes. After the critique session, we made sure that the final product looked publish worthy.

I would be interested in learning more about China because that country's group was next to my booth at the exhibition, and I got to see their invention. They had a lot to say about their country and I was curious about the history of their invention. The invention looked realistic and I could easily tell what it was. It consisted of a large garden with real water in it used as a river and it even had a building from San Francisco in it. I was very curious about why the building from San Francisco was there.

I feel very proud about our booth because all my group members had their essays laid out on the table, and we had both our prototype and the final product on the booth along with fortune cookies. I feel like I should've participated more than I did, and explained some facts about San Francisco and try to convince people to visit or live there.

I think the exhibition went pretty well overall. Every group had a booth and a neat item to present. Everyone was socializing and bringing people to their booth to get them to vote for their countries. I really liked the inventions that were being presented and I could tell that all the groups put a lot of effort into this project.